Off the Top of My Head

September 27. My goodness, October starts on Thursday. I've been noticing that the darkness has been creeping deeper into the morning and chewing away more and more bits of the afternoon. Still we soldier on, trying to bring the tiniest bits of sweetness and happiness to a world sorely in need of both. If you'll excuse me, I'm suddenly feeling sick to my stomach, or as the French like to say, le temps de vomir mes tripes. The short story– a bad day on the gastric front.

This Week in Favorite NFL Quarterbacks

No, this is not a continuing thing that I just sort of neglected to tell my faithful readers about. In fact, this is the first and possibly last time I have or even think about having a favorite quarterback. Maybe the headline is inaccurate or even misleading. So sue me. That (inaccurate headline) won't be the first time that's happened on this website. In fact, I'm trying to make it a hallmark.

Anyway, the winner is Ryan Fitzpatrick of the Miami Dolphins. I bet that's something of a surprise to a lot of people who may actually know something about football. Where are the consistently great QBs like Tom Brady, Drew Brees, Aaron Rogers, and Russell Wilson, or the new guns like Patrick Mahones, DeShawn Watson or Lamar Jackson, or even the shiny new toys like Josh Allen or Kyler Murray, you ask? Well, there are reasons:

The thing I like about Fitzpatrick is he's an everyman, doing what he can with the talents and capabilities he has. Some weeks he's on, others not. He's surrounded by other average people. He's also quietly resilient, always bouncing back when knocked down, and doing his job even though he's the placeholder for the real deal coming next year or sometime real soon now.

Give it up for Ryan, the favorite QB of the week.

We have a Japanese maple in the front yard. It's a bit of an odd duck, the fancy graft having died back but the hardy root stock still soldiering on. It's more of a bush than a real tree, and lost its distinctive angularity, but we like it.

In the fall, it changes color from the outside in, from standard green to a very intense red color. Usually, it's one of the later trees to change, sometime in mid-November, following the Bradford pears and crepe myrtles, but a little before the oaks. I mention all this because I just noticed that some of the outside leaves are starting to change color. If I was being logical, I would explain it by referencing the extreme August temperatures, but me, I'm blaming the headlong rush to fall and winter this year, as evidenced by the August introduction of pumpkin spice latte and other pumpkin treats, aisles full of Halloween candy two weeks ago, and Carrie Underwood introducing her new Christmas album this week. I guess our little maple just wants to get with the game and get a head start on its long winter nap. I know I'd like to.

My wife just pointed out that the dogwood in back is also starting to change color. I don't know how much ahead that may be. After all, it is almost October. But it's surely time to hoist those pumpkin spice lattes and toast the coming of fall–finally.

The thing about fall is, we celebrate the season for everything except the namesake event. The cooler temperatures, The starting of the fireplace, anticipation of Halloween and Thanksgiving, the changing of leaves, seasonal beverages and foods, all good. Not the falling of leaves and subsequent raking of leaves, both of which are depressing.

The average human head in the ever-popular blonde color has 150,000 hairs. That means that if you spend $70,000 over a year on hair care, it works out to less than $0.50 per hair, surely a bargain at that price, or $191 per day, maybe not so much a bargain.  For that money, you can hire two hair stylists full time, with $10k left over for product or tips. Not, of course, that the tip part will ever happen. 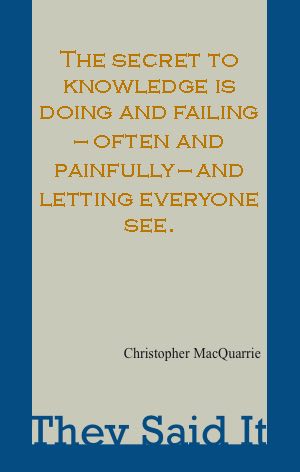 Hard to believe Fred's been around for ten years. Number 32 in the series.

You'll get another chance next year.

If you don't, well, nobody cares,

to make the best of it. 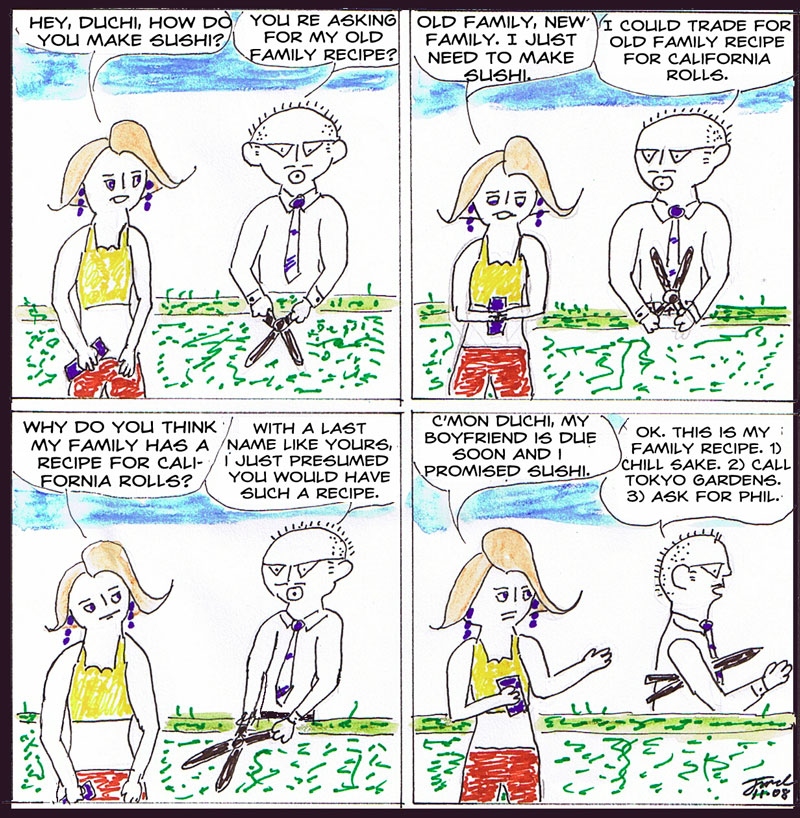 Big Think has some thought-provoking articles.

More quirky cartoons at The Oatmeal.

Sept. 20. Unlike August, September is moving along quite sprightly. The start of fall is only two days away, the weather has been textured and temperatures are returning to normal. Last week, I went to the mall and bought three books, two of which I've already finished. So mixed emotions.

In spite of time crawling, it turned into a short week, as I was feeling a little under the weather. Plus, nothing's happening, at least nothing that's not an endless loop. So instead of boring you, I'm going to cut you loose to play.

High on the Dial

If you watch the upper channels on cable (100-250) there's good news and bad news. The good news is the politicians and their Super-Pacs have not yet discovered them. The bad news is that what used to be called ambulance-chasers have found them. I'd say it's a tossup between lawyers and drug companies for for the plurality of ads. I guess the good news is that the lawyers no longer have to literally chase the ambulances, reducing the incidence of reckless driving. All they have to do now is see what class action suits are alive, and jump in.

So Nice of You to Notice.

Big Think reports on a study that found that older Americans are more knowledgeable about COVID-19 than other age groups. Baby Boomers are most knowledgeable.

Speaking for my people, We've been trying to tell you that! And it's not just COVID-19. It's everything! But nobody listens to us! We're old and decrepit, and care only about porridge, Maalox and Bonanza! reruns. Well, we've got a surprise for you. The long term memory hit we took in the 60s is wearing off, and it turns out we continued to learn new stuff, even if we couldn't access it. Well, now we can, and we're taking no prisoners. Not only do we not have any student loans, we actually have positive bank accounts!

Also from the Big Think, research shows that humans have 6,200 thoughts a day. Presuming you're asleep and not thinking for eight hours a day, that's uh, and then divide that by 60 minutes an hour, that's uh, well, a demonstration that I should have had more math and arithmetic thoughts when I was younger.

I'm just messing with you. Of course I know! I'm a boomer, so I know stuff that mere mortals (at least younger mortals) don't know. Like, I know enough to have a calculator handy, and that tells me we have six and a half thoughts a minute, or roughly one every ten seconds.

Oddly enough, I know from a different source that's how often a male ages 13 to 30 thinks about sex. I don't know how I got any work done at all.

Continuing our epic journey through fall-themed snack food, I noticed (again?) that pumpkin spice Twinkles are a thing, and available. There will be no review here of the taste and texture of this treat, because really?

For a while, there were pumpkin-flavored Peeps!, but they are now very rare (as in, they made them in 2015-206 or so, but haven't since, which means that any Peeps! that are still available are going to be very chewy indeed, if not downright crispy). The people who make Peeps! promise the return of Halloween Peeps! next year. I guess they didn't want to pour more pain into 2020.

Before we do that, might I suggest we try a name change, to say, MMXX. Classy. Symmetrical. East to say. Might take our minds off of things for a while.

I know i'm going to start dating all my checks that way.

Toenails and fingernails have no useful purpose I can see except to be annoying. They are probably a vestige from the time when we needed them for defense, and when we needed a more personal approach to hunting.

My question is: how did Neolithic people keep them trimmed?

TomatoPlanet!! is a random collection of writing, cartoons, and things that strike my fancy. © 2003-2020, John McCarthy

You've probably noticed that each page has a different background color. They're the Pantone Colors of the Year from the last decade. This page is Classic Blue, the 2020 Color of the Year.